Add to Cart View Details
« Back to the AKG Blog overview

Wireless microphone systems have come a long way over the years, and the AKG DMS300 digital system is no exception. Once thought of as inferior to their wired counterparts, many wireless systems like DMS300 not only sound just as good—if not better—than wired systems, but also are push-button simple and offer advanced security features that protect your signal. Plus, of course, they’re wireless so you can move freely without worrying about a cord when you’re performing live!

We can tell you how great the DMS300 is all we want, but we’ll give way to Performer Magazine and singer-songwriter Andrew Hoyt. The magazine hooked up Hoyt with each DMS300 version—one handheld microphone set and one instrument-ready bodypack set—so he could try them out first hand. Over the course of his four-part review series on YouTube, Hoyt describes the ins and outs of the systems, shows how easy they are to pair and operate, provides a demonstration and shares how he’s benefitted from using DMS300 systems during his gigs.

Check out the review: 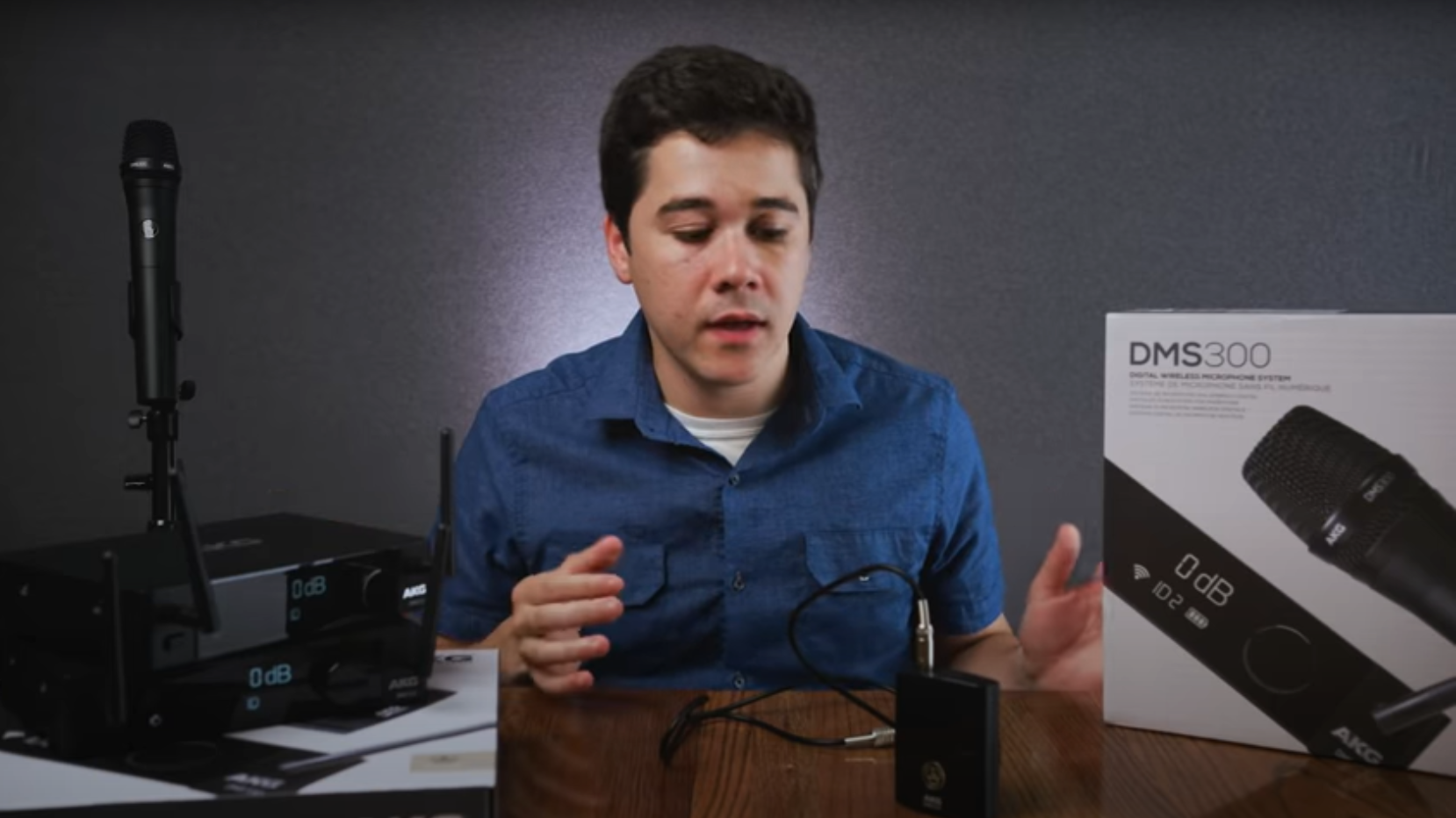 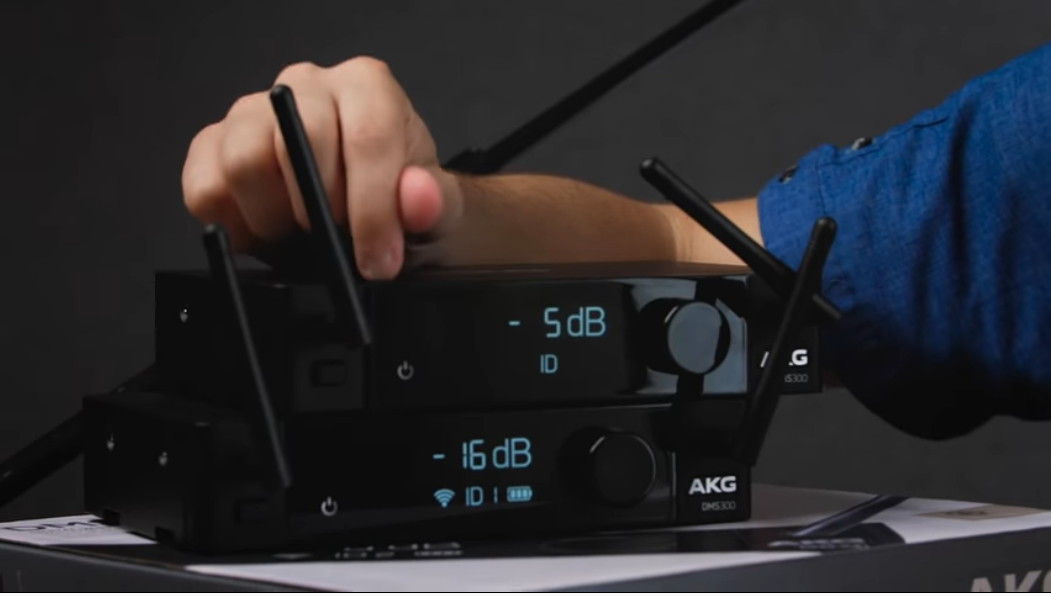 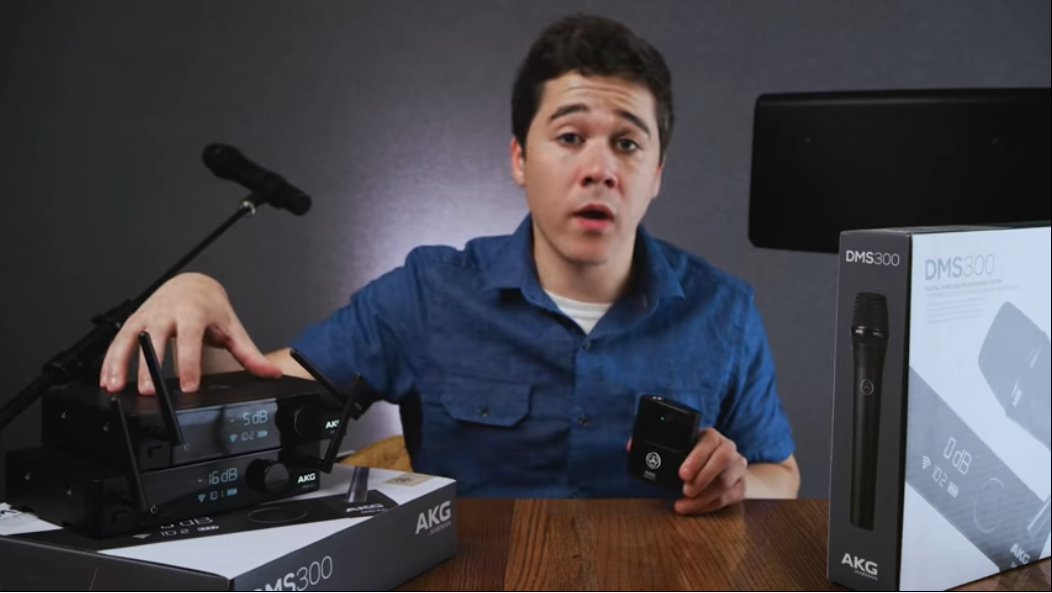 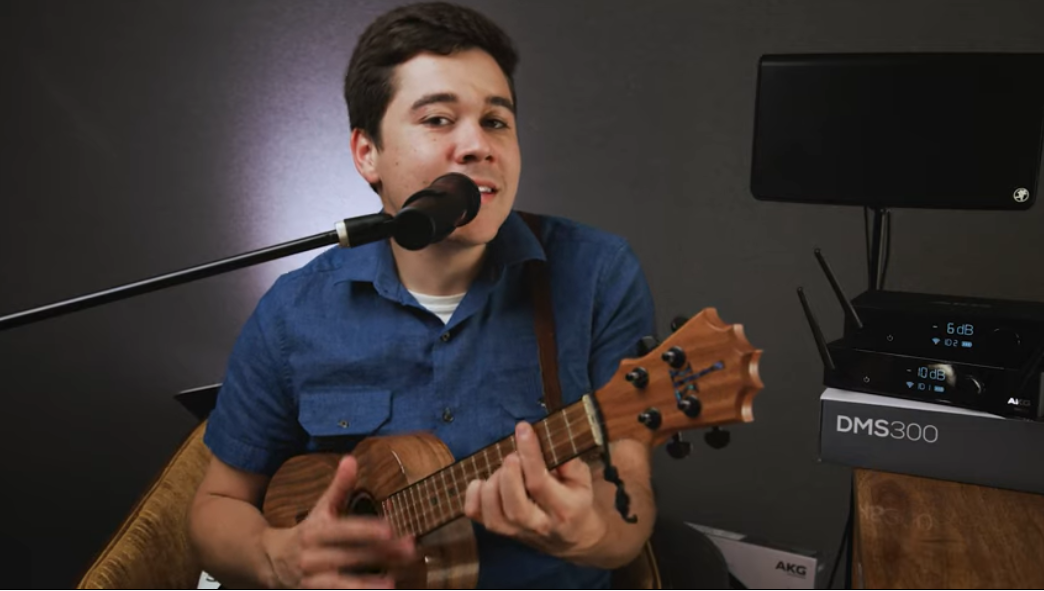 “The bodypack feels sturdy and it’s got the clip on the back to put on a belt or pocket…The 1/4” cord feels like it’s going to last a long time.”

“When I turn the bodypack back on, it connects immediately. That’s how fast it is—just turn it on and it’s connected. It’s awesome.”

“It’s just so cool to be able to be free on stage and be able to maneuver wherever I want...And then when somebody in the audience comes up, I can just mute my bodypack if I go in front of my speaker so it doesn’t feedback, and then I don’t have to worry about the cord or setting my instrument down. I just keep it with me, walk closer to (the fan) and talk to them. That’s a really nice thing that I really enjoyed with the DMS300.”

“Connecting the receiver with the included microphone was incredibly easy…The microphone itself sounded good…really good…unbelievably good for a wireless microphone. I would go as far to suggest that it might even be able to hold its own with a condenser microphone.” – DJ Times

“Our time spent with the new DMS wireless systems concluded that these new pocket rocket systems provided simplistic setup and operation, supreme audio quality, lack of interference and really quite impressive results when pushed to their limits and further…These units aren’t just easy on the eyes, the technology and features under the hood are certainly aimed at the professional in mind. A thumbs up from us.” – Noisegate

“The quality is excellent…I took the DMS300 to as many different venues as I could in testing—even those where I wouldn’t actually be using a mic—and I found reception to be clean and solid in every location I tried…With the DMS300, you’re getting an excellent quality system that you never have to worry about and you never have to think about. You turn it on and off you go.” – DJcityTV on YouTube 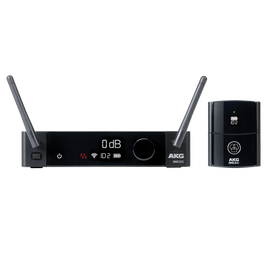 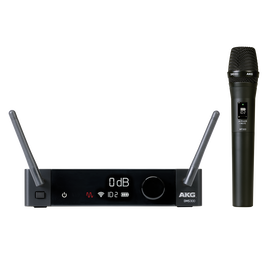 9 pro tips for livestreaming your show from home

If you’re like most musicians, gigs are your lifeblood. But when you can’t connect with your audience in person, livestreaming is your best opportunity to gain new fans and generate income while building momentum for your next show.

How to Pick Professional Headphones for Any Scenario

What’s your most-used piece of audio gear? You probably don’t need us to tell you that it’s your headphones. Headphones provide a consistent audio reference in a variety of environments, they’re essential tools for evaluating the fine details in your mix—and they do it without annoying the neighbors.

Since the release of AKG’s new DMS 100 and DMS 300 digital wireless systems, we’ve fielded lots of questions about the differences between digital and analog systems, so we thought it would be helpful to explain the benefits of each.

How to choose the right microphone to record anything

Choosing the right mic is more art than science, and involves trial and error. Getting to know the “sound” of the mics you own and learning how they perform in different scenarios are the first steps toward making professional-sounding recordings at home.

Whether your home office or classroom is temporary or permanent, HARMAN has affordable, easy-to-use tools that will help you communicate with clarity and focus on the task at hand.

7 ways to sound better on a conference call

Conferencing services like Zoom, Skype and Webex bring familiar faces right to your screen—and chances are, conference calls are becoming a central part of your life right now.

Whether you’re recording a podcast or voiceover, making field recordings, capturing audio inspiration on the go, or live streaming to your fans, nothing beats the convenience and portability of a smartphone.

We noticed that you already have products in your cart. In order to add spare parts we have to empty your current cart.

We noticed that you already have spare parts in your cart. In order to add new products we have to empty your current cart.